A group gathers in Izmir-Bergama and seeks the help of spiritual powers. They seek help in order to realize their treacherous ambitions. These unfortunate people have forgotten the truth and worship the devil. But how did Sultan Abdul Hamid II find out about this? What was the purpose of this disappointed community?

There is a document in the work of the respected Vahdettin Engin Hodja, named Istanbul of Abdul Hamid II. This document detailed the order given to the chief clerk Tahsin Pasha. This order said, “Our Sultan announced to us that 100 freemasons have been identified.”

“They will enter Istanbul, so follow them.” These 100 Masons met at the house of Mayor Dericili Ali Ağa in Bergama after they entered the country. This person was also a member of the Zionist sect of the Masons.

At the same time, they will call the spirits for another purpose and consult them on how they can be rid of the Ottomans. This subject was briefly touched upon in the book “Souls” by the late Ata Nirun. Those who are interested can also take a look at this book.

But how did Sultan Abdul Hamid become aware of the devilish rituals of this unfortunate group, so famous for its secrecy? ‘We know what brand of tobacco the British ambassador on the island of Java smokes. We know how many shells the Russian navy has in the Black Sea, and how many are nonuseable” said Abdul Hamid. Of course he was aware of everything due to the Yıldız Intelligence Community, whose mystery is still unsolved today. They were informed through their agents who looked like Freemasons but whose hearts beat as “Allah, Allah”.

We spoke of a document that came before the Sultan and some of the people mentioned in this document. One of these names was the Sultan’s agent, Mr. Avnullah. May Allah rest his soul. He was the self sacrficing soul who sent the reports to the Sultan.

The ritual began… While the unfortunate community was running away from the truth and worshiping lies, the attackby the Yildiz Intelligence community took place. They were all arrested one by one. Only Mr. Avnullah was unharmed. Of course, this situation was regarded strangely by devil sympathizers. They couldn’t comprehend the event as their brain cells may have been destroyed due to devil worship. Maybe they needed a ritual to understand. Who knows?

Since Mr. Avnullah knew the places of Masonic lodges in Bergama, he would show the places to the Ottoman police and secret service one by one and flush this army of unfortunate people out of their lairs. During this attack, some documents were also seized. 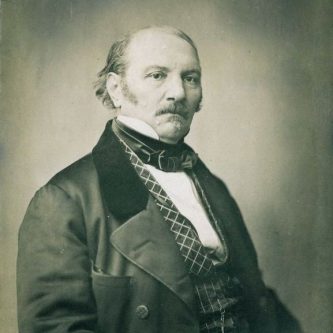 This picture is of Allan Kardec, a psychic and a doctor. If you remember, thanks to Avnullah Bey, the Ottoman secret services attacked the lodges and accessed some documents. These two books were presented to the Sultan. Of course, today their covers are different. 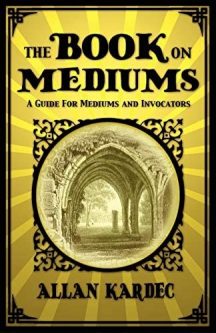 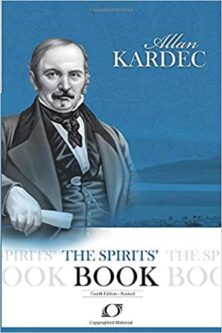 Mr. Doctor Besim Ömer’s book “Hypnosis” was also found in one of the houses and delivered to the Sultan. This group of unfortunate people naturally rejected everything under interrogation. “We have nothing to do with the issue. We do not intend to damage the Ottoman state.”

“We were only experimenting with necromany or consulting the dead for fun.” Sultan Abdul Hamid decided with his mercy, as always, and sent all of them into exile in Taif, except Mr. Avnullah . Don’t forget! If the same situation were in the territory of Europe or England, and Muslims were performing rituals, they would be executed directly.

Now, why did we give all this information and intelligence reports from the archive? Why Bergama? 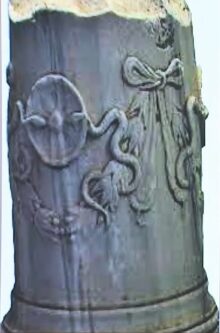 This column is in Bergama. As you can see, the snake motif is drawn on it. It is not necessary to explain what the snake symbolizes. In addition, in the Book of Revelation in the Bible it is said that the throne of Satan was in Pergamum, and Herodes Antipa, the governor of Celile, who had called for the crucifiction of  ‘Isa (Jesus,(as) and Yahya (John the Baptist (as), died in exile in Pergamum.

This is the reason why this unfortunate community, the servants of the devil, chose Bergama and hoped for help from the spirits. The person who they wanted to consult and obtain information from was none other than Herodes Antipa.

The snake is also the symbol of pharmacy. The snake as a symbol of the pharmacy was adopted on the grounds that the poison coming out of the snake’s mouth fell into milk and the person who drank that milk was cured. And according to this view, the center of medical science is Bergama. At this point, you can do your own research through the connection of medical doctor Claude Galen who lived in Bergama and was a physician, surgeon and philosopher.

There are opposing views about Herodos Antipa as well.

Antipa was actually one of the first Christian saints who did not accept the Pagan faith. In other words, there is an opposing view stating that he was sacrificed because he did not adopt the pagan belief. According to this view, it is said that the throne of the devil is in Bergama because of the human sacrifice. In the Gospel of Luke, Jesus responds with the word “This man is a cunning fox.” However, those who support this view argue that the abovementioned person is not Antipas.

As always, we wish to look at events from a broader perspective. Every opinion and every idea is extremely valuable. We leave it to you to read and research with an open mind to reach a satisfactory conclusion.

THE VALUE OF SOMETHING