During the reign of Sultan Ahmed III, was there a transition between dimensions? Who was Ridvan Feleki and what did he work about? Did he really find out Stargates? 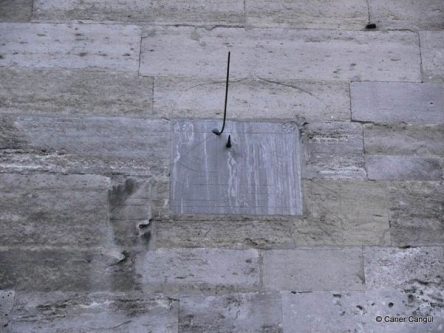 At this point, I want to turn back time and show you a globe. 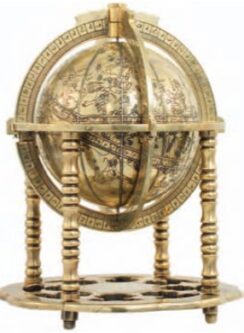 This globe was made by Muḥammad, son of Müeyyededin El-Urdin, who worked at the Meraga Observatory.

If we go back to our subject, this celestial sphere was examined by Rıdvan Feleki who made a similar one.

This celestial sphere was cast in two pieces from bronze, on which the inscriptions and figures are indicated with silver inlay. It is still exhibited in the Lomonosov Museum in Saint Petersburg.

Sultan Ahmed III gave a direction to Rıdvan Feleki. “We heard from our ancestors that there are doors in the sky, gateways from the earth to the sky and from the sky to the earth.

My ancestor, Kanuni Sultan Suleiman, had asked Ebussuud Efendi if there were intelligent life forms outside our world, and he said ‘yes’.” He even said that he had mentioned this in his commentary.  Sultan Ahmed said “I want you to find these star gates.”

Rıdvan Feleki started his work after taking this direction. According to Ottoman archives and other sources, the total of the books that Rıdvan Feleki wrote to find the dimension gates fit on 100 camels. Rıdvan Feleki did all of these works in Egypt. Some of Rıdvan Feleki’s works are as follows: -Ķırânü’l-`ulviyyîn Züĥal ve’l-Müşterî bi-vasaŧi’l-mesîr.

This work is about the planets Saturn and Jupiter approaching each other:  Netîcetü’ś-śuġrâ ve Netîcetü’l kübra

In these works, the search for the star gates was hidden in the coordinates and passwords. So, did Rıdvan Feleki find these doors?

After a long working period, Rıdvan Feleki completed his studies and set off from Egypt to Istanbul in order to deliver it to the Sultan. However, there was a problem…

Rıdvan Feleki realized that he was being followed by the Rosicrucian order. He gave up going to Payitaht (Istanbul). At this point, a question may come to your mind. “But how do you know that?” It’s all in the archives of the period.

He ripped out the documents he found of the star gates one by one and numbered them all.  He gave each of them separately to the Ottoman officers. Nearly 900 pieces were sent to Istanbul at different times. And finally, all these documents were combined in the presence of the Sultan. So what happened next?

The next is a big question mark…

In order to understand what happened, we need to examine the period of Ahmed III more closely.

Sultan Ahmed III was one of the sultans of the Tulip Era. There were frequent fires in Istanbul at the time. Sound familiar? He was a Sultan who was very open-minded. While the whole world was suffering from smallpox, smallpox was being vaccinated in the Ottoman Empire, under his rule.  Huge libraries were built and even the first submarine study was done in this period. The name of this submarine work resembling a crocodile was Tahtelbahir meaning ‘under the sea.’ 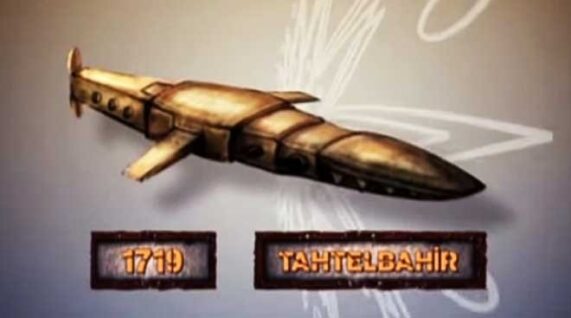 If we go back to the big question, according to us, Rıdvan Feleki undoubtedly found the doors of this dimension and sent it to Istanbul to Sultan Ahmed III.

Do you think the discovery of Rıdvan Feleki might have been the reason for the dethroning of Sultan Ahmed III?